One of the great things about emerging technologies such as blockchain is that it can not only disrupt various industries, but there are creative entrepreneurs that can also find an interesting new business in the new space. One of those individuals is Scott Snaith, the CEO of 50 Cycles.

Unfortunately, it’s no secret that many traditional financial institutions such as banks aren’t exactly receptive to cryptocurrency. Snaith certainly was forced to accept this fact, as his Barclays bank accounts were frozen.

For those who are unaware, 50 Cycles is a leading electric bike company in the UK that has been active since 2003. The company recently launched an innovative electric bike by the name of “Toba” that actually mines cryptocurrency as you ride it. The cycle generates “Loyalcoin”, and it takes about 1,000 miles ridden to generate 20 GBP. The product generated a buzz within the cryptocurrency community, and was marketed as a “pedal-powered crypto miner.”

Snaith promised much more functionality and features added to the bike, as well. Toba riders would be able to monitor how much they were generating through a mobile app, and the tokens would be able to be redeemed at various stores or even traded for more well-known cryptocurrencies such as Bitcoin, Litecoin, Digibytes, and others. 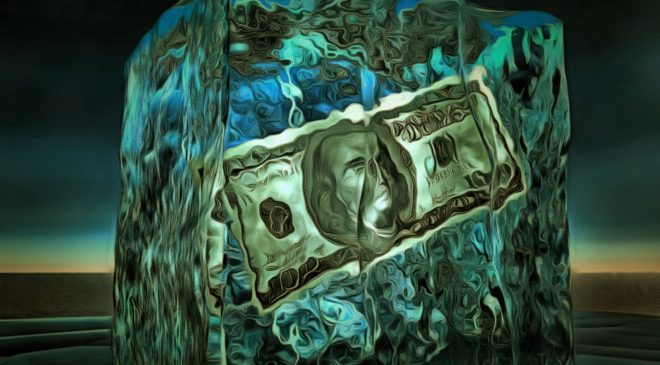 Snaith has been understandably frustrated at the fact that his bank accounts have been frozen. One of the most stunning facts about the freeze is that it actually occurred in August 2018, which means that it has been around 25 weeks since he has been able to access both of his personal and business Barclays accounts.

Apparently, this is because he traded with UK account holders through Localbitcoins, a peer-to-peer cryptocurrency exchange. Scott Snaith has stated that all of his transactions were “entirely transparent and above board” and that he traded only with UK traders who had a verified ID. He feels as though he is being treated unfairly, stating: “I’ve been made to feel like a criminal simply because of my interest in future tech.”