Skip to content
You are here
Home > News > Atari Gets Into Blockchain, Thanks To Animoca Brands

There is little doubt that one of the sectors that will be most impacted by blockchain technology is gaming. It seems like every cryptocurrency project acknowledges that the fact that blockchain will allow there to be a verifiable way to appraise digital assets and prevent fraud will be massive, especially considering that billions of people play video games. The video game industry as a whole is only growing, as well, and is now worth well over $100 billion.=

It appears as though the iconic video game brand understands the potential of blockchain, as it will be allowing for the blockchain versions of famous Atari games to be produced. The partnership specifically is between Atari and Animoca Brands, and involves paying Atari in company stock for the license to develop and publish the games agreed upon. Animoca Brands expects to publish both games by the second half of 2019. 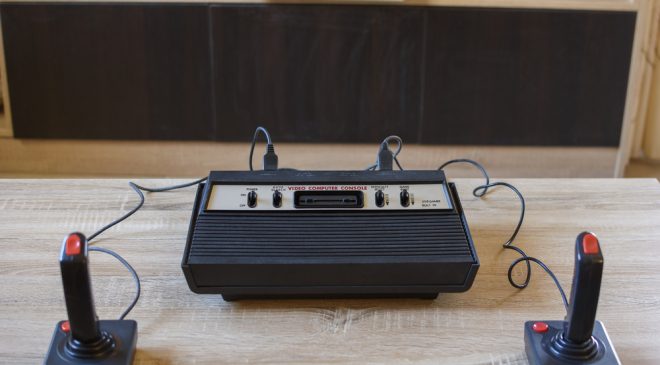 The Atari 2600, one of the world’s first home videogame consoles

Although the company might not be as relevant in modern times, there is one iconic company that is widely considered the pioneer of the modern video game, and that is none other than Atari.

The company is widely responsible for the creation of the arcade industry through the seminal video game Pong, the world’s first commercially successful video game. Before many video game companies were even created, Atari weathered the video game recession between 1983 and 1985, as well, known as the “video game crash of 1983”.

The first game involved is Rollercoaster Tycoon Touch, an iconic game that has logged over 19 million downloads. The game revolves specifically around building and managing an amusement park, with the goal of attracting more visitors to ensure the park’s continued success.

The second game involved is Goon Squad, a game that involves mobsters. The player hopes to rise from a lowly Goon to the respected Godfather in the game through playing card battles and maneuvering through the criminal underworld to rise to the top.

Frederic Chesnais, the CEO of Atari, said in a statement: We are proud and delighted to enter into this long-term and strategic relationship with Animoca Brands, which also allows us to become a shareholder in one of the most exciting innovators in the world of decentralized gaming. We hope that this agreement paves the way to further cooperation on other Atari products.”

The co-founder of Animoca Brands seemed to replicate his excitement about the deal, stating: “This deal marks a special moment for me because I started my career working with Atari and using Atari computers. The RollerCoaster Tycoon franchise is, like many of Atari’s properties, a true evergreen, having been around for two decades. Given the strategic and commercial elements of this incredibly fun simulation, it is a perfect candidate for blockchain adaptation.”