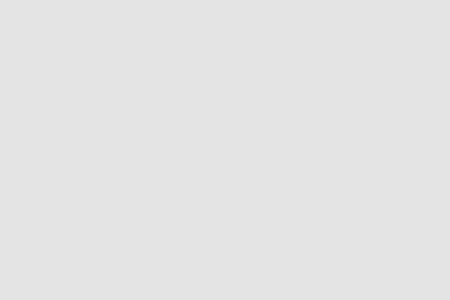 Changpeng ‘CZ’ Zhao (Co-Founder & CEO, Binance) revealed on Monday evening (PT) that the leading cryptocurrency exchange has “finally got a date” for the release of its Binance Chain blockchain’s testnet launch: February 20th.

It has been a swift turnaround for Binance’s development team, who have gotten the Binance Chain to a stage ready for deployment on a test network in a matter of months.

As revealed last week on GitHub, Binance announced its “current implementation [of Binance Chain and Binance DEX] is [being] built on forks of Tendermint and Cosmos SDK,” rather than on forks of the Bitcoin blockchain or in the form of smart contracts deployed on platforms like Ethereum. The Binance Chain will be using Delegated Proof of Stake (DPoS) and Byzantine Fault Tolerance (BFT), according to the above-linked GitHub documentation.

Finally got a date.  Targeting to release Binance Chain testnet (@binance_dex) for public testing on Feb 20th.  This is a testnet, your feedback would be most valuable.

It was another busy day for the leading cryptocurrency exchange. Minutes after the Binance Chain testnet date reveal, Zhao tweeted that Binance’s philanthropic arm – the Binance Charity Foundation (BCF) – “will match $150,000 USD equivalent (in $BNB) in donations” made by Justin Sun (Founder & CEO, Tron Foundation) to The ALS Association, a not-for-profit organization centered around fighting amyotrophic lateral sclerosis (ALS), or Lou Gehrig’s disease, as it is sometimes referred to as.

A video was shared late afternoon on Monday by Sun, who announced a $250,000 donation to the association on behalf of the 100-million-plus strong communities behind TRON (TRX) and BitTorrent (BTT). During the clip, Sun paid homage to well-renowned computer scientist Hal Finney – who sadly passed away almost five years ago from ALS, after being diagnosed in August of 2009; not even a year after the publication of the Bitcoin whitepaper.

Beyond TRON’s $250,000 pledge, Sun challenged his “friends in the blockchain industry to make a donation to The ALS Association,” explaining that by pooling their resources together, they “can help support ALS research and hopefully find a cure soon.” An announcement detailing the awareness campaign was published on the TRON Foundation’s blog earlier on Monday.

I’m supporting the @alsassociation with a $250,000 donation and voicing my love to the #TRON and #BitTorrent community! Passing on the torch to @CourteneyCox @cz_binance & @VitalikButerin to join #VoiceYourLove 🙌 Together we can help find a cure for #ALS! https://t.co/MiR0eSL8Ng pic.twitter.com/HAvr2h9af6

Notably, Sun tagged world-renowned actress Courtney Cox – best known for her role in the Friends sitcom – in his tweet. Cox, along with fellow actress Renée Zellweger, have been two of the first celebrity personalities to get behind The ALS Association’s #VoiceYouLove campaign.

The world's largest cryptocurrency exchange, Binance, has launched a line of V ...