Over the past few days, the cryptocurrency market has shown signs of an impressive recovery, with Bitcoin (BTC), XRP and Litecoin (LTC) all up by around 8 percent since this time last week.

With the rise in prices, BTC/USD long positions have also been steadily growing since the end of January. In fact, until today they were at some of the highest levels since early April 2018 – when they reached $39,000. Yesterday, BTC/USD longs peaked at around $38,400 but have since drastically dropped off to current levels of around $27,900 – an 11 percent reduction.

The change could indicate that savvy traders are expecting a downturn in the cryptocurrency market and are closing positions before liquidity dries up. BTC/USD short positions are also decreasing, likely due to liquidation and stops being reached, but with few new positions opening there could be some indecision amongst forecasters. 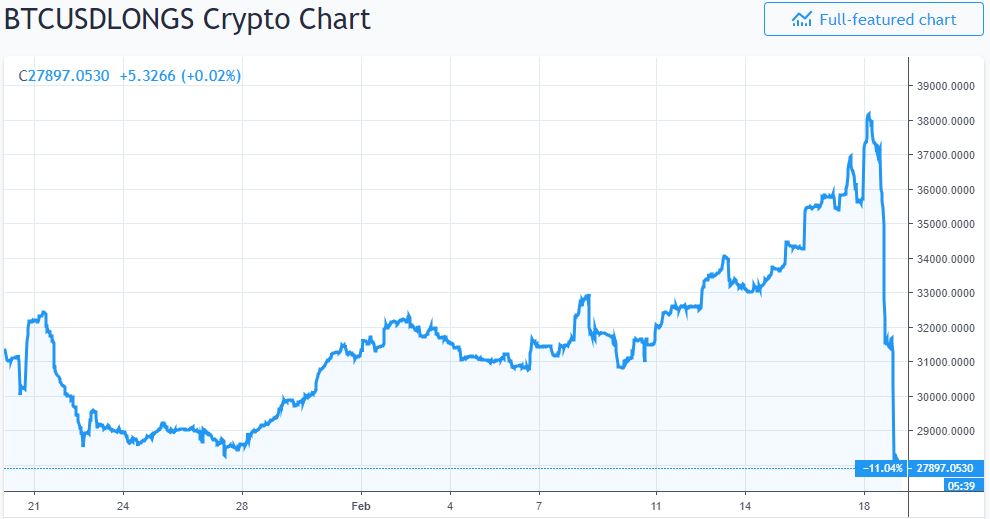 Bitcoin is up 5.3 percent over the past 24 hours and volume is also showing signs of improvement, suggesting a potential for further increases. It reached a high of $3,936 earlier today but has since reduced slightly to the $3,870 level. Some of the most significant gains, though, come from EOS, Ethereum (ETH) and Bitcoin Cash (BCH).

EOS is up a staggering 30 percent over the past week, surpassing Litecoin (LTC) as the cryptocurrency with the fourth largest market cap. It’s now trading at $3.57 up from $2.78 last Tuesday. Ethereum is up 22 percent and is closing in on the $150 mark, a price it hasn’t maintained since early January. Bitcoin Cash is up 23.7 percent following a similar pattern to Ethereum and also closing in on $150.

The overall cryptocurrency market has added $12 billion in value over the past week, rising from $117 billion to current levels of over $129 billion. Anticipation for the upcoming Fidelity Institutional crypto trading platform, aimed for launch next month, could be helping to drive the recent rally. The platform would open up the cryptocurrency market to large investors, ushering in fresh capital but also higher volatility.