Simply put, ‘craps’ is a game in which punters make bets on the outcome of a roll of the dice or a series of rolls. The game is believed to have been introduced to North America in the early 19th century as a variation of a western European game called ‘hazard’. Craps has become hugely popular because of the game’s simplicity, fast pace, and the fact that all you really need is a pair of dice. ‘Street craps’ was commonly played in back alleys and beer parlors in the early 20th century but the game’s popularity exploded during World War II. Craps has become a staple in land based casinos all over the world as well as online casinos.

Play Craps with Bitcoin at the Sites Below

iGaming operators are aware that there is a niche market out there that love playing online craps as well as a growing market gamblers who prefer using Bitcoin as a payment method. Many of these iGaming operators did the most logical thing by combining the two by creating Bitcoin craps sites. There are countless Bitcoin craps sites operating today and it seems that new ones are popping up on a daily basis.

Players who are used to playing craps at land based casinos can be a little suspicious of playing online craps as they have concerns about the safety and security of online gambling sites. However, there is no need for concern as the best online gambling sites use software that is created by the most trusted developers in the industry. These games have been rigorously tested for fairness and functionality and they are regularly retested. If a Bitcoin craps site is licensed, provably fair, and features games from such software developers as NetEnt, Microgaming, and BetSoft then punters know that they will be given a fair and fun experience. They also know that they can find a game no matter where they are or what time of day it is as long as they have an internet connection. One of the attractive things about Bitcoin craps games is the relatively low house edge.

Bank Craps: Also known as ‘casino craps’, bank craps pits the players against a banker or the house. A round begins with bettors placing ‘Pass’ or ‘Don’t Pass’ wagers in the ‘Pass Line’ bet area. The ‘shooter’ then rolls the dice and the outcome of the first roll determines the next phase. If the roll is a 7 or 11 then bettors win their pass line bets. If the first roll is a 2, 3 or 12 then the house wins. If the first roll is a 4, 5, 6, 8, 9, or a 10 then that number establishes the ‘point’ and more wagers are made. The shooter will then roll again and continue to roll until they either roll the point number or a 7. If the shooter rolls the point number then you win and the house pays and if a 7 is rolled then you lose and a new round begins.

It should be noted that there are dozens of betting options available aside from the basic Pass and Don’t Pass propositions. Naturally, each bet offers different odds. 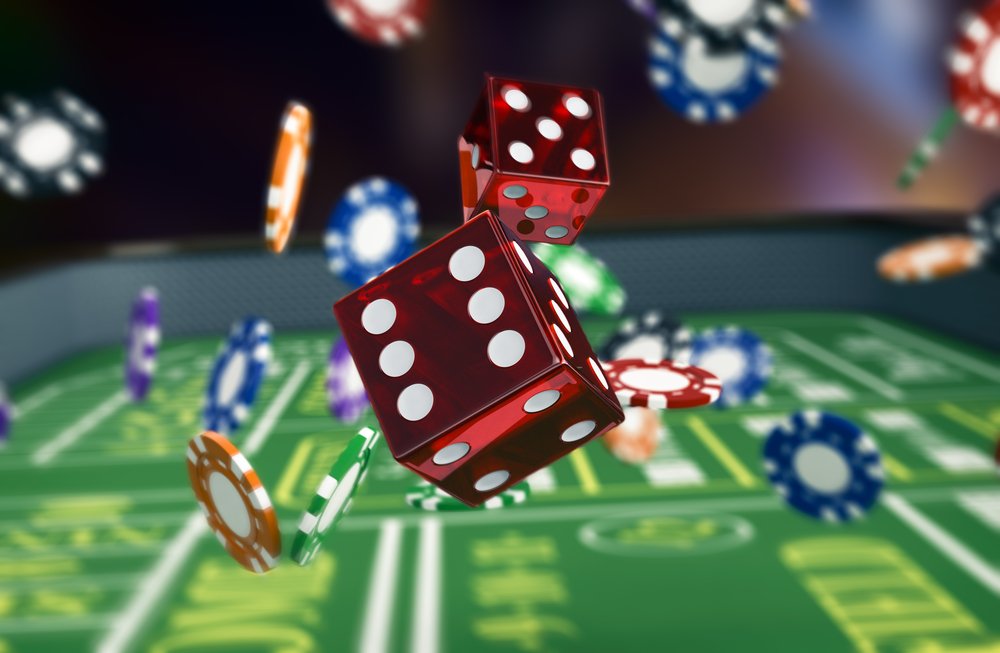 Street Craps: Generally speaking, the rules for street craps are the same as they are in bank craps. The only real differences are that there is no bank and no marked table in street craps. It is player versus player and bettors use cash. Before a round can begin, the shooter must make a Pass or Don’t Pass bet which needs to be faded by another player. Every bet that is made needs to be covered by another player before the shooter rolls the dice. Although there are sometimes variations, the game usually plays out in the same manner as bank craps.

High Points Craps: Unlike bank craps or street craps, high point craps ignores a first roll of 2 or 3. The shooter simply keeps rolling until another number is hit. If the result is 11 or 12 then you automatically win even money. Any other roll becomes the point and the ensuing roll must be higher than the point in order to win. A roll result falling short of the point is a loss.

New York Craps: This version of craps is very similar to bank craps but there are a few differences. The biggest difference is that players cannot lay Place bets, Come bets or Don’t Come bets. Instead, players bet on the box numbers which are 4, 5, 6, 8, 9, and 10. The table is also a little different and the house edge is around 5% which is high compared to other versions of the game.

There are several other variations of craps that Bitcoin craps fans can enjoy. Crapless craps takes a significant chunk of the house edge away and is therefore not a common offering at casinos. There are also a few variations that use playing cards instead of dice. Several Bitcoin craps sites offer unique versions that have some kind of an exciting twist.  Just make sure that you know what version you are playing.

How to Start Playing Bitcoin Craps

Your journey to a Bitcoin craps table begins with a visit to a cryptocurrency exchange such as Kraken or Coinbase where registering an account takes just a couple of minutes. After opening your account, you will need to link a credit card, debit card or bank account and then complete a verification process. Once you have done this, you may purchase your Bitcoin which will then be placed in a wallet at the currency exchange.

You should understand that these wallets consist of two long alphanumeric keys. One string of characters is your address which others will use to anonymously transfer funds to you while the other set gives you access to your account. Since this information is stored at the exchange, there is a remote chance that your account could be compromised which is why it is recommended that you get yourself a third party wallet which stores this information securely offline.

After you have your Bitcoin then you can proceed to find a reputable Bitcoin craps site.

Where to Play Bitcoin Craps

Most online casinos that accept Bitcoin will have a wide variety of craps games. 7Bit Casino, Fortune Jack, Bovada, and mBit are popular online destinations for Bitcoin craps players. Not only are these sites provably fair, they also offer valuable bonuses and cater to players residing in the United States. BetCoin Casino, BitStarz, CloudBet, and Cryptogames are popular for players in larger markets such as Australia and the United Kingdom as are 1xBit, Anonymous Casino, BetChan, Bitcoin Penguin, and Mars Casino.

Keep in mind that Bitcoin craps players are ultimately responsible for finding out whether or not they are legally eligible to play. This information is usually contained in the terms and conditions section so be sure to read and understand them before signing up and depositing. Don’t forget to check out some of the great bonuses and promotions that will make your Bitcoin craps experience even better.