Games of skill are often going to be much more appealing to games of chance, for by playing the former it is your own personal level of skill that will have a direct effect on the outcome of such games.

Playing games of chance however will always see you being left at the mercy of a random number generator, and if you have ever played such games before you will already know the risks attached can be huge.

Try Playing at the Sites Below

Therefore, I will be introducing you to some Bitcoin games of skill in this guide that do have an element of skill about them. I should I suppose start off by letting you know just which casino styled games are ones that do have a little bit of skill associated with them.

It is not easy to find a safe and reliable casino with good games and awesome user experience, so here you can find the updated list of the best and safest bitcoin casino out there.

Games such a Video Poker for example require you to know just which of the first five playing cards are dealt out to you that you should hold to give you a much better chance of getting dealt out a winning hand,

When playing those games those you will often find an option setting known as an auto hold setting which when turned on is going to hold the best cards for you, and as such you will not have to master playing each hand skilfully.

Blackjack is another popular casino styled game, and when playing there will also be a perfect strategy you should use, dependent on the variant you have chosen to play.

By following that perfect strategy, you reduce the house edge, however such games always have a built-in house edge, so no matter how skilful you are at playing Blackjack, over the long term you will lose!

Level Trading Field is a game of skill site on which you are tasked with using your skill and judgment to predict whether Bitcoin is going to rise or fall on the hour.

That is a pool-based game on which user’s stakes are all pooled together and the user that does predict the most accurate price movement then wins the pot.

Whilst you may not think it is possible to accurately predict whether Bitcoin will rise or fall at any chosen moment, there are a lot of factors that can make it do so, and those with a full understanding of financial markets can certainly gain something of an edge when placing such bets. 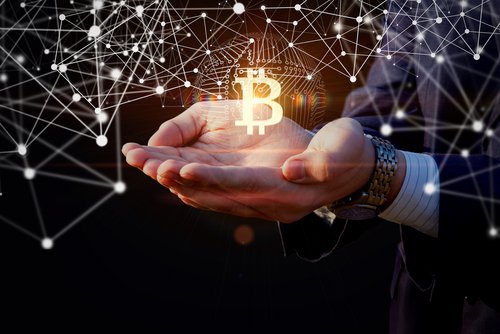 Another way of accessing skill-based games on which when playing you could win some sizeable pay-outs is by joining the many millions of people who choose to play eSports.

What you will find online are a range of sites that offer either head to head competitions or tournaments on which you are going to be playing video games, and by doing so it will be the most skilful players that either win the head to head contests or the eSports tournaments.

There are always new Bitcoin games of skill being launched, however you have to be confident that you have the skills required to play such games, for if not then there is very little chance you will win playing such games as there will always be much more skilfull players taking you on!

In fact, land-based casinos are now aiming to attract a much younger demographic of player by offering skill-based games in their venues, and over in Las Vegas I have seen several such games being launched,

That therefore means that it will not be very long until those games do become Bitcoin games of skill and will be copied and made available at online and mobile gambling sites!

One type of machine that holds a range of different skill-based games is the Tri-Station, and when using it you are going to be able to play games such as Into the Dead, which is a shooting-based games on which you are tasked will killing zombies that will be wandering around the screen.

Another game is Catapult King, and when playing that game, you are faced with using a catapult skilfully with the aim of defeating your opponents those being knights in their castles!

Lucky Words is a game that will soon have different variants on offer online, and when playing it you must use your skill to put together a string of letters displayed on the screen into words, and that is a time-based game on which players who do form the longest words and the most words will win a cash prize.