Minesweeper is a basic, non-complicated game that you may have played at home at one time or another. If that is a game you did enjoy playing with your friends or family, and you fancy chancing your arm so to speak then you can now play it online and for real money!

You will find several Bitcoin Minesweeper sites are available to you, and the main attraction of such sites is that they allow you to obviously deposit, play and withdraw your winnings in Bitcoin, but also the version of the game on offer is always provably fair and random too.

However, if you have not played the Bitcoin Minesweeper version of the game before, then allow me to give you an insight into how to play it and additional information to allow you to decide whether it is a game you will enjoy playing and risking your own hard enough money when doing so!

How to Play Bitcoin Minesweeper

Due to the simplicity and popularity of this game you are going to find no shortages of sites that will have it available, one site that offers it which is an often-used site by Bitcoin users is satoshimines.com.

How their version of this game has been designed is such that you will be playing on a 5 x 5 grid, and you are tasked with nothing more compilated than picking off one square at a time off that grid in the hope you reveal as many green tiles hiding underneath the squares as you can.

If you keep on revealing green squares you can continue picking, and by doing so your pay-out odds will of course increase, however if at any time you reveal a red tile then the game will end there and then, and you will lose both your stake money and any winnings you had achieved up until revealing that red tile!

When playing Bitcoin Minesweeper, you will be using Bitcoin obviously as your funding method, withdrawal method but each individual game you choose to play will also see you staking Bits. 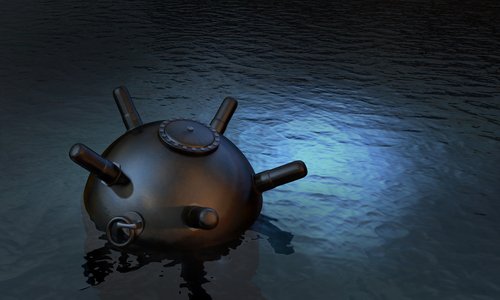 So, it is very safe to say that this game is certainly one that is going to appeal to very low rollers and high rollers like, and everybody in between!

One of the main advantages of choosing to play at Satoshi Mines is that they are going to allow you to fund your account using any type of digital wallet that is compatible with Bitcoin, so funding your account is never going to prove troublesome.

There is a minimum withdrawal amount though when playing at that site and that is 100 Bit or 0.0001 one of a Bitcoin. All deposit you make using any units of Bitcoin are performed instantly too so you will not be hanging around waiting for your deposits to show up in your account.

When you do request a withdrawal, you can request your winnings are sent to any digital address but be aware that before you can make a withdrawal and cash out any winnings your deposit must have been confirmed at least three times on the blockchain, however that is usually done quickly so you should not experience any long and drawn out delays being able to make a cash out.

The main attraction for Bitcoin Minesweeper players is that they can independently verify the outcome of every single game they played off what determined by a random outcome, and as such this is one of only a small number of gambling games that players can have the peace of mind in knowing are provably fair.

The game itself uses something known as game hashes, and they are used to determine which green and red tiles are paced under each of the 25 squares on the playing grid.

Once a game has been sent into live play, three of the 25 squares located on the playing grid are chosen to have red tiles locate underneath them and the remaining squares are all green tiles.

If you do want to verify the outcome of the game, you just played was indeed random fair and true simply follow the link on the game screen and then you can work out that outcome yourself.

If you are looking for a fun to play and potentially high paying game then do consider playing Minesweeper, I should point out that you are more than welcome to give it some play time in the practice mode to get used to the way that the game is played and can also prove each game was random when playing or free as you can when playing or real money too.