There have been many individuals in the cryptocurrency space that have pointed out how blockchain technology can revolutionize the global payment sector for several reasons. For example, money can be sent and settled in real-time, which means that the receiving party does not have to wait days to receive the money. In addition, the recipient can also receive more money, because cryptocurrency does not utilize the exorbitant fees that traditional financial institutions, such as banks, do.

It also follows naturally that blockchain could potentially revolutionize the lending sector, as well, as loans would be cheaper to issue, and blockchain might be able to offer more transparency. In addition, blockchain and its immutable nature makes it more secure, which would mean that less forgery would be possible.

The idea of crypto lending is unique in particular because it would allow customers to actually access fiat funds without touching their digital assets. For those who truly believe in their cryptocurrency investments, this could be extremely appealing. For example, those who have been long-term holders of Bitcoin and accumulated years ago, can leverage their Bitcoin holdings and gain access to cash. The company claims to offer 50% more spending power to customers than they would by simply holding onto their crypto assets.

Founder John O’Shea had this to say about the untapped potential of the market: “Currently there are only two or three providers globally, and we are excited to offer such an exciting service acting as a direct lender, with a quick and seamless process and exceptional customer service.”

In a separate interview, O’Shea stated: “We provide finance to both individuals and businesses through cryptocurrency asset-backed lending. This means that clients who hold Bitcoin, Ethereum, Litecoin, or Ripple can use their assets as collateral for loan financing.” 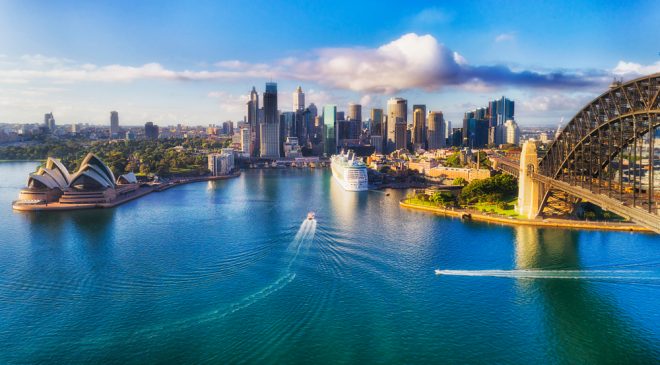 Helio Lending is smart to be exploring the Australian market, in particular. A recent survey indicates some astonishing information about 2018 and the Australian interest in cryptocurrency. Apparently, a brokerage firm by the name of Hivex surveyed thousands of respondents and found that the number of Australians that hold cryptocurrency may have tripled in 2018, despite the bearish market. In addition, an astonishing 80% of those surveyed would be open to using crypto for daily purchases, as well.

Helio Lending does require a minimum borrowing amount of 1,000 Australian dollars, and it follows traditional KYC and AML procedure, as well.