Skip to content
You are here
Home > News > Is Bitcoin Dead?

It’s hard to deny these days that the cryptocurrency markets aren’t looking amazing, especially when traders and investors compare prices of cryptocurrencies such as Bitcoin (BTC) and Ethereum (ETH) to all-time highs. The “crypto craze” of 2017 is over, and there are all sorts of media outlets that are essentially claiming that Bitcoin is dead forever, or that it was a bubble, or – in some extreme cases – that Bitcoin is worthless.

While it’s hard to argue that Erik Finman is the authority on cryptocurrency, it’s definitely hard to deny that he made a wonderful decision. That decision was to purchase Bitcoin when he was 12 – at $12 a coin. He did this using money from his grandmother, in 2011, and is now – quite literally – a millionaire. 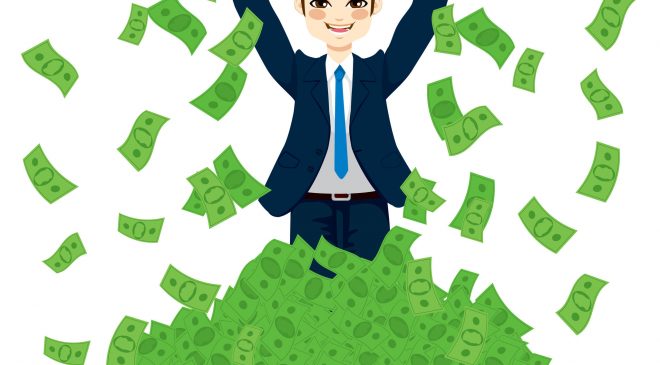 Finman lives like many young rich men these days do, and loves to display his flashy lifestyle on Instagram. He isn’t much a fan of school, but he does believe that the cryptocurrency craze is more or less over. He told Marketwatch that Bitcoin is dead,  still recognizing that it might “have a bull market or two” left in it. This statement doesn’t even seem to make much sense, but Finman certainly seems to believe that the glory days are gone.

Finman clearly was in the right space at the right time – but that certainly doesn’t make him a financial expert. In fact, one might argue that Finman is stating this because he has undoubtedly been disheartened by the price action throughout 2018. Although his net worth is unclear, it is clear that Finman is nostalgic about the days where no one knew about Bitcoin. He describes this time the same way that some might describe the best times of their life: “It was just full of incredible people all coming together, and you just felt like you were at the start of this brand-new thing.” For someone who clearly loves a lavish lifestyle, and compares himself to Howard Hughes : there is absolutely no reason to take this prediction seriously. Bitcoin certainly isn’t dead because Erik Finman said so.

Tether Dead, So Is Bitcoin?

While it’s true that Bitcoin and Tether aren’t the same cryptocurrency project, there are certainly media outlets that attempted to link the two, especially through all of the controversy surrounding Tether in late 2018. A Seeking Alpha article claimed that Tether’s issues could lead to a “Bitcoin Black Friday”, specifically.

CryptoCoinSpy has previously reported on all of the issues surrounding Tether, much of which was brought to the light by @Bitfinexed. Regardless of whatever your opinion of Bitcoin is – Tether is currently valued at a dollar (as of press time), and it is more than a stretch to claim that it could tank Bitcoin.

This one will be short and sweet. A famous American economist named Paul Krugman has been anti-Bitcoin for a while now. In fact, he has specifically said that Bitcoin is “evil” and described the sector as “the long cryptocon”.

In proof that Nobel Prize winners can be very, very wrong: he also stated that the Internet would have “no more effect on the economy” than the fax machine. It’s safe to say that he might not be the go-to on whether any kind of technology/asset/anything is dead or not (no disrespect to Krugman). 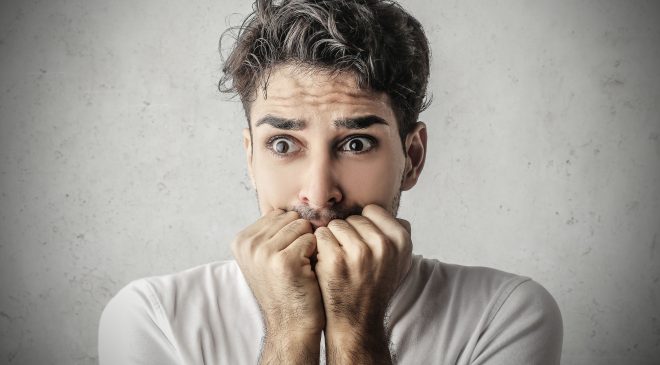 There was a popular argument throughout the years that institutional money would never go near the cryptocurrency markets. After all, there are many ways to accrue wealth. There’s commodities, real estate, stocks, forex – why would they be scared of some crypto? Many argued that it was the volatility that would scare them off. This is somewhat fair, considering that Bitcoin has been quite historically volatile. However, it’s also grown in value exponentially.

If that’s the case, why is the parent company of the New York Stock Exchange (Intercontinental Exchange) planning on launching a regulated platform with regards to crypto – called Bakkt? Sure, Bakkt has been delayed – but it still is coming this year. Many cryptocurrency influencers, including Tom Lee, believe that this will be a major catalyst for Bitcoin price action in the future. Either way, the platform is proof that institutional money certainly isn’t “scared”.

However, the IPO hasn’t happened, and it now appears that Hong Kong is hesitant about the IPO at all. As if that wasn’t enough, there are reports that Bitmain might lay off over half its staff. While it’s true that Bitmain might not be going public anytime soon, this certainly doesn’t mean that Bitcoin is dead. In fact, it could be argued that the real mistake that Bitcoin made was because of significant investments in Bitcoin Cash – not Bitcoin. 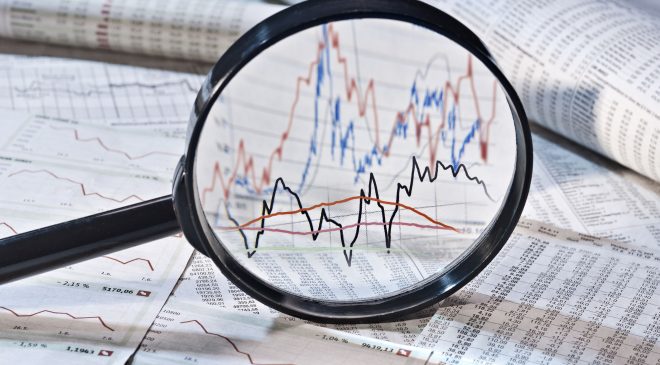 There are those that like to claim that Bitcoin is dead because it is simply just too volatile. However, if that was the case, how has it survived throughout all of these years? It should also be noted that just because some investments are risky – it certainly doesn’t stop a certain group of people willing to bet that there might be some significant growth.

There is a reason that the gambling sector is so large. In fact, the market is expected to be worth over a half-trillion dollars by 2023. It doesn’t matter what age or gender you are – there are all sorts of individuals that are actually attracted to the idea of volatility, and the idea that massive gains can be obtained – even if it means that losses might occur. Of course, the gambling sector has an entertainment aspect, but that doesn’t change the point that volatility doesn’t necessarily stop money flow.

One example of this is the OTC (over the counter) market. The OTC markets include stocks where there might be very limited information regarding the company. As a result, when there are announcements of partnerships or developments, stocks can often run very quickly. There are many OTC investors that are often the victim of “pump and dumps”, as well, where the stock falls just as sharply as it rises, despite the expectation of continued gains.

For those who wonder – “why deal with the volatility”? The answer is simple. There are certainly profits to be made in the OTC market. One famous example is the fact that marijuana startup Medbox ran an astonishing 3000% after a certain article was published. For some context, if one was to have invested $1000 in Medbox, and able to take all profits at the peak – they would have been able to pocket $30,000. Similarly, if they had invested $10,000 – their profit would have been in the hundreds of thousands. 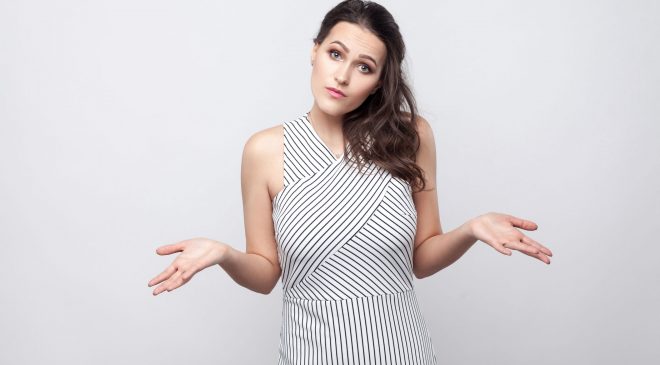 However, if that’s the case, why has the Bitcoin subreddit hit 1 million subscribers, showing tremendous growth during a period that many called a “crypto winter”? This certainly wouldn’t indicate a lack of interest.

For those who want to suggest that Reddit is simply one website, consider this – there are more Bitcoin and blockchain courses offered globally than ever before, and some of these courses are extremely popular. Emin Gun Sirer teaches about blockchain technology at Cornell, and pointed out: “Usually when you have five to a dozen students in such a class, you’re teaching a popular class.” How many showed up to Sirer’s class? 88. That certainly doesn’t indicate a “lack of interest”. 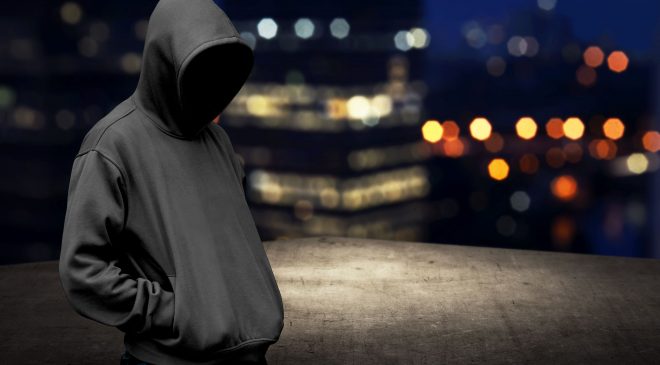 It’s hard to deny that BItcoin was often associated with criminal activity in the past. You can blame online drug marketplaces such as Silk Road for that, where individuals used Bitcoin instead of fiat currency to purchase illegal goods and services. While drug marketplaces still thrive – Silk Road was shut down, and the truth is that Bitcoin isn’t simply just an asset used by criminals.

While there are all sorts of individuals who try to criticize Bitcoin by labeling it as a tool for terrorist and money launderers, the truth is that there are many established venture capitalists and entrepreneurs that back Bitcoin, as well. If Bitcoin is only a tool for criminals, why has a venture capitalist like Tim Draper been proven right about his price predictions? He certainly is too rich, influential, and known to be a criminal. Why does the prime minister of Malta believe in Bitcoin and cryptocurrency?

While we are speaking about cryptocurrency and crime – a stunning percentage of U.S. bills carry traces of cocaine on them. Does that mean that everyone who has ever had a U.S. bill is a criminal, or a cocaine user/trafficker? Of course not.

Regardless of the stereotypes, when an actual DEA agent is assuring that Bitcoin is more used by speculators than criminals these days – we should all listen. There will always be “perception” and stereotypes, and those who look sideways at anyone who isn’t fond of fiat currency, but the idea that Bitcoin is dead because it’s only used by criminals? Well, that accusation falls flat, when law enforcement is telling the world it’s simply not the case. 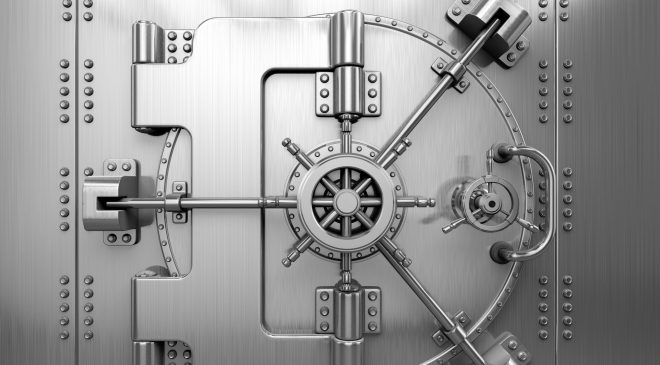 Are your funds safe? There are critics who will claim that Bitcoin is dead because it simply isn’t as safe as other investments, such as gold, commodities, etc. While there might be some truth to the fact that there was a significant amount of funds stolen from cryptocurrency exchanges in 2018 – in fact, over $1 billion – does that mean that Bitcoin is dead because it isn’t “safe” or “secure”?

Well, Facebook has had data breaches, and that social media network has monthly active users in the billions! This certainly hasn’t stopped the company from being successful, has it? Equifax is one of the largest consumer reporting agencies in the world, and it suffered a major data breach, as well. The truth is that cybercriminals and hackers often target some of the most powerful and influential companies in the world, but while it might deal a blow to brand reputation, it doesn’t stop the fact that the companies are successful. Similarly, the cryptocurrency sector does have its security flaws, but that doesn’t invalidate the entire sector. It should also be noted that the Coincheck hack alone was responsible for a significant percentage of the $1 billion number. Either way, the fact that cybersecurity is an issue is more of a “world issue”, than a “Bitcoin issue”.

One of the most vocal critics of Bitcoin and cryptocurrency has been none other than Nouriel Roubini. Roubini is famously dubbed “Dr. Doom”, because he was able to predict the global recession.

Here’s an important point to consider: Roubini has consulted for all sorts of governments and banks. He has earned millions from banks, who have criticized cryptocurrency because of the threat that they pose. Of course, this conflict of interest was never disclosed. Roubini made all sorts of claims, such as stating that Bitcoin is “worse than an Excel spreadsheet”, and that cryptocurrency would bring humans back to “the Stone Age”.

It’s clear to see that Roubini is letting his emotions get the best of him, which could be due to the fact that he has an agenda. He has repeatedly gone on Twitter rants about Bitcoin and cryptocurrency, claiming that he would stop, only to start up again. Roubini might be respected, but his opinion certainly doesn’t seem welcome here. Of course, Roubini never seems to point out how much Bitcoin has risen in value over the years. Specifically, if you listened to Roubini in 2013, you would have missed out on over 100x returns. Is this the kind of person that can be taken seriously in the cryptocurrency sector? Certainly not. It’s easy to see that you could have ignored Roubini and made some serious profit.

It should be clear that Bitcoin certainly isn’t dead, and isn’t going anywhere anytime soon, regardless of price action.