One of the aspects of an emerging technology is that some of the most well-respected and well-known figures have all sorts of different theories and ideas about cryptocurrency and blockchain. For example, there are all sorts of various figures that have made different price predictions, or claimed that various catalysts would lead to mass adoption. Of course, some have been more accurate than others, and some have been more optimistic than others, as well.

It appears as though Jimmy Song, the famous Bitcoin engineer-turned-instructor, is tired of Joseph Lubin not respecting a bet regarding the future of Ethereum. Lubin has recently been scrutinized tremendously, given the fact that his blockchain startup, Consensys, is undergoing massive layoffs currently. 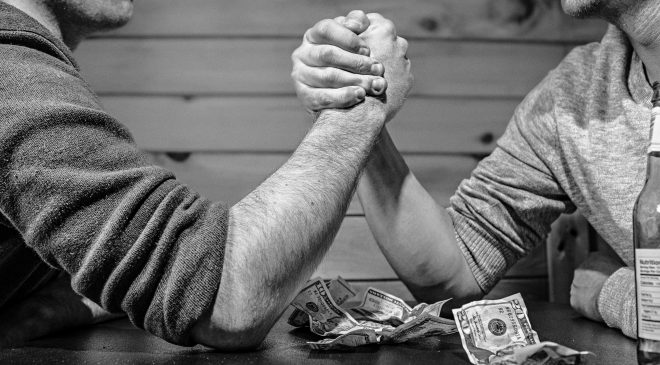 Jimmy Song has taken his frustrations to Twitter. He quoted a Joseph Lubin tweet and pointed out that Lubin had predicted that “dApps will take over the world by 2023”, but that the bet – to this day, hadn’t been finalized.

The particular tweet that Song quoted was Lubin’s assertion that we had reached the “cryptobottom of 2018”. Jimmy Song appeared to attack Lubin’s credibility in general, as well. You can find Song’s tweet here:

Don't believe a word this guy says. Remember, he predicted dApps would take over the world by 2023 and offered a bet to me on stage and 7 months later, has *still* not finalized the bet. Words are cheap @ethereumJoseph, why don't you put some money behind that mouth of yours? https://t.co/p5r6EyD6So

Jimmy Song has always maintained that BItcoin will be the “prime” cryptocurrency, and is a well-known Bitcoin proponent. It’s only natural that the two would clash on this topic, given the fact that Lubin is a co-founder of Ethereum.

Song has stated that if five dApps have 10,000 daily active users, and 100,000 monthly active users over a 6-month period. Give the fact that Lubin’s company is actively developing dApps, it’s important to note that this has not been met. In addition, it is clear that – at least according to Song – Lubin has not truly committed to the bet.