Charlie Shrem has been immortalized as a Bitcoin ‘hero’ through his role in the recent Netflix documentary ‘Banking on Bitcoin’, a widely renowned short that amassed millions of viewers. He was named director of business and community development for Jaxx, the multi-asset cryptocurrency wallet platform. Shrem has amassed a huge fanbase for his contributions to the development and adoption of Bitcoin and cryptocurrencies as a whole.

Morpheus Network announced that Shrem will serve as blockchain and payment system advisor in an attempt at ‘…disrupting global trade and to crush inefficiencies in supply chain management.’ Morpheus Network is led by CEO Dan Weinberger, and is aiming at disrupting an industry that is currently valued at over 15 trillion USD. Through the integration of a decentralized platform and supporting token, MORPH tokens will serve as the fuel for the Morpheus platform.

The addition of Charlie Shrem to the Morpheus Network team could be seen to add significant value. The attempt of a crypto platform disrupting and entering a multi trillion dollar industry is in itself a monumental task that can be strengthened utilising advisory assistance and guidance from Shrem to make new connections and establish wider-ranged partnerships heading forward. 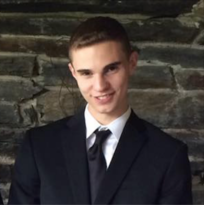 John Iadeluca started working with cryptocurrencies through web development in 2015 and created the highly popular Bitcoin faucet, BittyMe.com at 17 years old. He has been writing about the stock market and cryptocurrencies for over 5 years and has served on advisory board positions for various ICO’s. To get in touch with John send him a message to john@banz.capital.