The reason why the Ontology – COT partnership was considered momentous was because, for Ontology, COT marked the “first intelligent hardware and IoT technology” to have agreed to team up with them.

The collaboration between both COT and Ontology “will jointly promote blockchain technology and applications,” according to Wen Wang (Founder, COT), who then added that the strategic partnership will “establish a data exchange and digital identity collaboration platform to jointly promote the development and success of a system which fully integrates objects with our digital world.”

Despite the first-of-its-kind partnership for Ontology, the NEO-based NEP-5 ONT token that underpins its high-performance public multi-chain saw just a marginal 6 percent price jump – as seen below.

The lacklustre buying activity experienced by ONT is perhaps symptomatic of the marketwide bearish trend that has now spanned several weeks. Would-be ONT investors may be refraining from purchasing the virtual token, not because Tuesday’s announcement wasn’t encouraging, but because they see no end to the falling prices that have recently plagued ONT and every other available cryptocurrency. 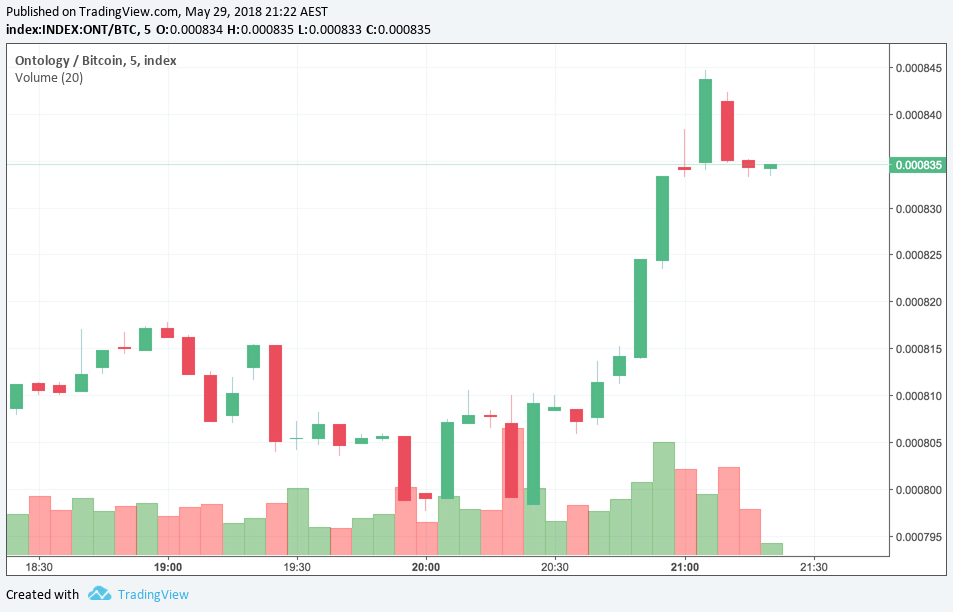