The immutable nature of blockchain has led many to believe that one of the ways that blockchain technology will change the world will be the fact that it can be applied to the logistics sector, where goods have to constantly be tracked for maximum productivity and profitability. It appears as though the Saudi Arabian government agrees.

Specifically, it was recently reported that Saudi Customs is exploring how blockchain can be utilized. The project will actually link the current tracking platform, Fasah, to the blockchain-based platform, powered by Tradelens. If implemented, Saudi Arabia would be the first in the region to utilize blockchain for their customs agency.

Cryptocurrency enthusiasts might recognize the “Tradelens” name. This is because the blockchain-enabled shipping solution was developed by tech giant IBM and shipping giant Marsk, and has already made significant progress with relation to partners and ports. In August of this year, Tradelens boasted that “more than 154 million events” are captured on its platform, and that number was “growing by one million per day.” 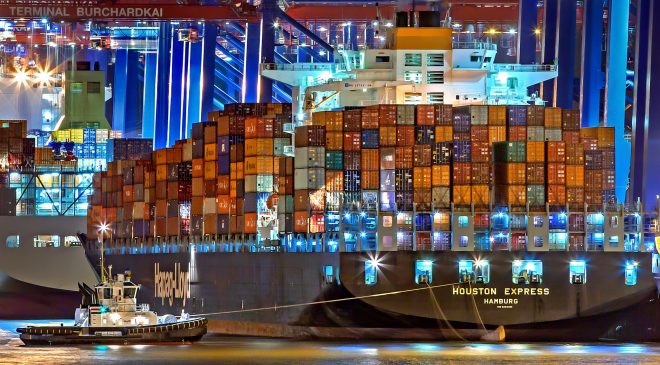 Tradelens believes that it will disrupt the entire shipping sector, and increase productivity and transparency within the sector. Specifically, it claims that it can reduce the transit time of shipments by as much as 40%. Over 90 organizations have already joined the platform within just six months of its launch, leading many to believe that it will be the leading platform in the sector for the near future.

Saudi Arabia is reportedly seeking to become a logistic hubs with regards to shipping and tracking in general. A recent Arab News article stated specifically: “In a push to diversify its economy, Saudi Arabia is determined to increase the role of the private sector in the development of its transport infrastructure, as well as in the operation of seaports, railroads, airports and related supply channels.”