In 2019, there is little doubt that blockchain technology will be utilized in a variety of sectors and industries. Over the years, there have been some obvious applications that blockchain is usually associated with, including sectors such as global payments, logistics, and data storage.

Of course, this doesn’t mean that blockchain is limited to these sectors, by any means. In fact, it appears as though South Korea is exploring how blockchain can possibly aid with their military.

It should be clarified that South Korea is, by no means, the first country to explore military applications. Superpowers such as the United States and Russia have already been open about the fact that they might utilize blockchain for military purposes, particularly when it comes to making sure that communications are secure.

The Defense Acquisition Program Administration (DAPA) in South Korea is planning on spending over $500,000 for various projects to develop blockchain solutions to military issues. The Defense Advanced Research Projects Agency (DARPA) of the United States has made it clear that they are interested in blockchain, as well. 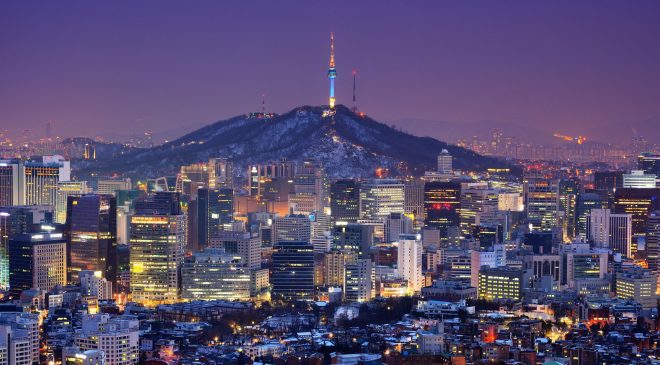 South Korea has always been on the cutting edge of technology, and its government has been open about referencing the “Fourth Industrial Revolution”, which would incorporate technological trends such as artificial intelligence, blockchain, and the Internet of Things (IoT).

While some in the Korean government don’t necessarily advocate publicly for blockchain or cryptocurrency markets; there is one high-profile South Korean politician that has always promoted cryptocurrency. This would be Park Won-Soon, the mayor of Seoul. The mayor has even suggested that the city create its own cryptocurrency, the “S Coin”. The city has also set up a 100 billion won (around $88 billion in USD) fund in order to fund blockchain startups, as well.In addition, Korea has already been developing its own blockchain-based voting system since last year.