Shakepay is a Montreal-based fintech technology established in 2015 that has allowed Canadians to purchase and sell Bitcoin quickly and efficiently. The company has been quite successful, as it has now serviced tens of thousands of customers and also processed over $30 million since the company was founded. 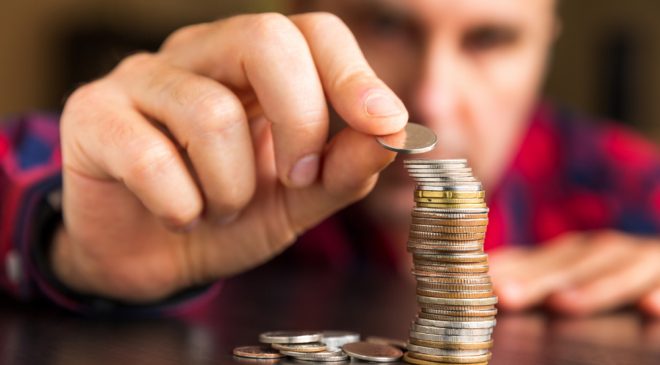 The company is now rolling out a new feature that is sure to excite cryptocurrency enthusiasts. Shakepay now offers Shakepay Change, which allows users to use their leftover change in order to purchase Bitcoin. Here’s how it works: the user links a debit card to their Shakepay account. The next time a purchase is made, the application rounds up to the nearest dollar, and the resulting change is used to purchase fractions of BTC. The BTC is then added to the Shakepay wallet.

This might sound familiar to some, as it was the basis of the successful company Acorns, which launched in 2014 and subsequently became a big hit with millennials. In fact, Acorns has such a dedicated user base that it is now reportedly valued at $700 million, and has over $1 billion in management.

Shakepay is not the only service offering this, however, and notable competitors include CoinFlash, which allows users to round up to purchase BTC, but also allows the option to purchase Ethereum (ETH), as well.

Another company, Lawnmower, was offering the service, but it appears to have discontinued the series in March 2016. The bitcoin news website Coindesk ended up acquiring Lawnmower in early 2017.

The CEO of Shakepay, Jean Amiouny, offered this statement:

Following Bitcoin, the entire suite of financial services is being rebuilt independently from the current financial infrastructure. We believe enabling access to these services is paramount to the creation of wealth and economic freedom.”