If there is one thing that any cryptocurrency enthusiast should know by now, it’s that the issue of cryptocurrency is polarizing. There are those who swear up and down that Bitcoin is a scam simply meant to fool new investors, and that the entire ICO sector is a sham – while there are many others who believe that cryptocurrencies will fundamentally change the way that we live and interact with each other.

It appears that respected and well-known publication TIME has made their opinion known – well, at the very least, a TIME writer has, and, unlike many other mainstream news publications, is actually advocating for Bitcoin development. The TIME column has quickly gained traction within the cryptocurrency community.

The author is one Alex Gladstein, the chief strategy officer at the Human Rights Foundation and the Oslo Freedom Forum (according to his Twitter bio). The column’s title is quite a bold one – “Why Bitcoin Matters For Freedom”, and Gladstein tweeted out a link to the column. The tweet has already garnered over 1,000 likes and 400 retweets:

My @TIME column on why bitcoin matters for freedom. For billions living under authoritarianism, it can be an alternative money system and an escape from economic control. And for all of us, it preserves the peer-to-peer virtues of cash in an increasingly digital financial world. https://t.co/vmyhwlOVJr

One example of how Bitcoin can change the world that is explored is an obvious one that cryptocurrency proponents are already aware about: Venezuela. Because of the economic crisis in Venezuela caused by hyperinflation; many have turned to Bitcoin as a means of avoiding the strict financial control associated with the country.

It’s important to note that the column was not simply an advertisement for cryptocurrency markets, as Gladstein acknowledged specifically that “speculation, fraud and greed in the cryptocurrency and blockchain community have overshadowed the real, liberating potential of Satoshi Nakomoto’s invention.”

The column did not simply provide Venezuela as an example, but pointed to the fact that cryptocurrency can disrupt the remittance industry, a point that is brought up by many that believe in the potential of blockchain. Gladstein even stated that decentralized technology in general allows for users to avoid the traditional financial system and social networks that could ultimately be used against us. 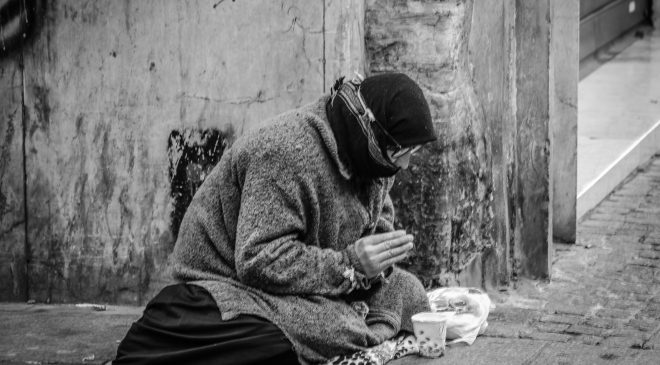 The column ended by pointing out that Bitcoin can help many people who live under authoritarian rule, and can financially empower populations that normally might not have the opportunity . Gladstein stated: “If we invest the time and resources to develop user-friendly wallets, more exchanges, and better educational materials for Bitcoin, it has the potential to make a real difference for the 4 billion people who can’t trust their rulers or who can’t access the banking system. For them, Bitcoin can be a way out.”