Despite a tumultuous and volatile market, infrastructure investment within the blockchain space sees no signs of slowing down. In another coup for the Maltese government, YOVO – the world’s ‘first’ cryptocurrency-based mobile phone network, has relocated its global headquarters to Malta.

Utilising the Stellar network, YOVO and its native ‘YO token’ can be bought, earned and spent on over 500 mobile network partners, across 130+ countries at launch. Promising to be the first international mobile network powered by its own currency, YO tokens can be purchased or earned directly on a mobile phone. Tasks such as downloading and trying new apps/DApps, shopping, micro-tasks, receiving a call or text through the Virtual SIM, signing up to a new cryptocurrency exchange and more all earn the digital currency.

We’re very excited to share something we’ve been working on. Our universal top-up service YOVO GO lets you pay your phone bill with crypto almost everywhere – with support for over 500 operators worldwide from day one. Launching soon! 🚀 pic.twitter.com/hFnvRGCiNc

Richard Skaife, CEO and Co-founder of YOVO, commented on their relocation to Malta:

The world’s most innovative mobile network is proud to call Malta, the global leader in blockchain, its home. We shall serve millions of digital money customers with mobile service from our Malta HQ and be an active part of the broader blockchain community that’s growing daily on blockchain island. We are particularly grateful for the support of the Maltese Government through Junior Minister for Financial Services, Digital Economy and Innovation Silvio Schembri as we launch YOVO”

The Stellar protocol was also praised in the announcement, described by the YOVO team as ‘the fastest protocol for building financial products that connect people everywhere’.

In what promises to be an exciting business development to watch –  cryptocurrency, and the Stellar network in particular, seem ripe for industry application and disruption. Whilst it’s too early to tell whether the large telecommunications players are worried, YOVO and their blockchain solution will certainly capture the attention of professionals and the public alike. The company have secured an initial €20m of funding for their venture.

Despite the unpredictability of the current market, one thing is for certain – finance ministers across the world will be growing increasingly impatient at their own government’s inability to capitalise on the speed of development, and potential tax revenues from the blockchain space – and envious of Malta’s attractive legislation and growing digital global dominance. 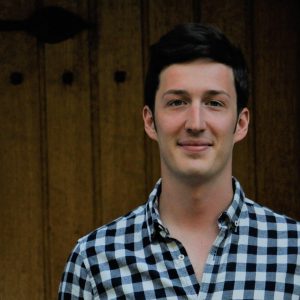 Cryptocurrency-related Scams are on the Rise, How to Stay Safe

During times of financial distress and economic uncertainty, scammers tend to ...